This week marks the 100th anniversary of the Tulsa Race Massacre, one of the worst race riots in U.S. history, which destroyed much of a Tulsa neighborhood known as “Black Wall Street.” Dr. Olivia Hooker was 6 years old on that day, and hid under a table as a torch-carrying mob destroyed her home. Hooker died in 2018 at 103 years old — she was one of the oldest survivors of the massacre. A year before her death, The Post spoke to her about her memories of the devastating night — and the efforts to move forward as a country. “I lived a long time, but I didn’t live long enough to see justice,” she said at the time. Here’s a look back on that conversation.

At 102 years old, Olivia Hooker remembers nearly everything from her life — names of old friends, important dates from her upbringing, the personal histories of her parents and grandparents.

The White Plains, NY resident and retired psychology professor remembers the date she entered the US Coast Guard on March 8, 1945 — the first African-American woman to do so — and the days she graduated from Ohio State University, got her master’s at Columbia University, and received her Ph.D. from the University of Rochester. She can recall her retirement from Fordham University when she was 87 years old.

But what she remembers most vividly was the day the Ku Klux Klan came to her Tulsa, Oklahoma, house in 1921, when she was just 6 years old. The mob trashed the breakfast her mother had prepared for Hooker and her four siblings, took a hatchet to her family’s piano and destroyed their phonograph and records.

“People say, ‘How do you remember all that?’ But that kind of experience is in your mind for the rest of your life,” she says.

The Tulsa race riots are believed to be the worst incident of racial violence in American history, resulting in the deaths of an estimated 300 African-Americans. The massacre still angers her, but the advice of her parents has helped her keep her head high since. 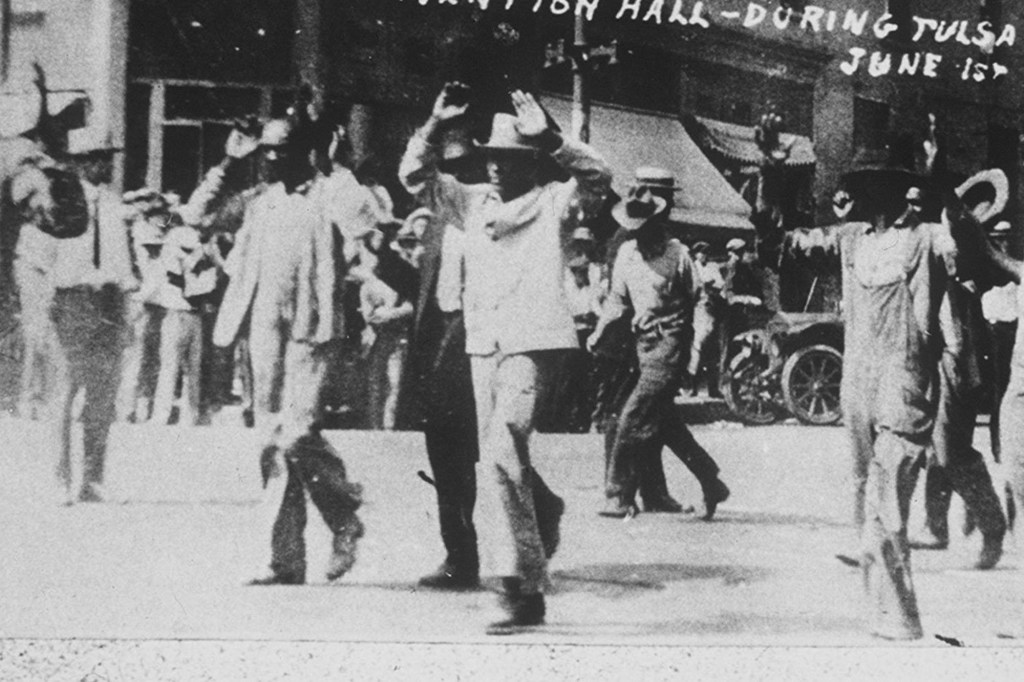 Black detainees are led to the Convention Hall following a race riot in Tulsa, Okla, June 1, 1921. 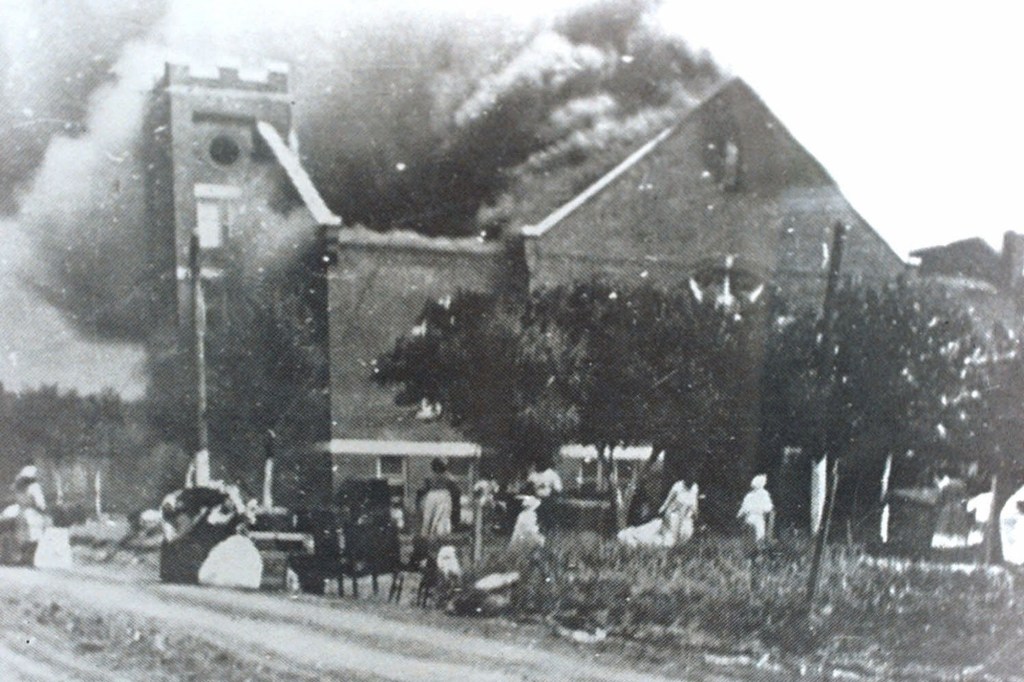 Mt. Zion Baptist Church burns after being torched by white mobs during the 1921 Tulsa race riot. 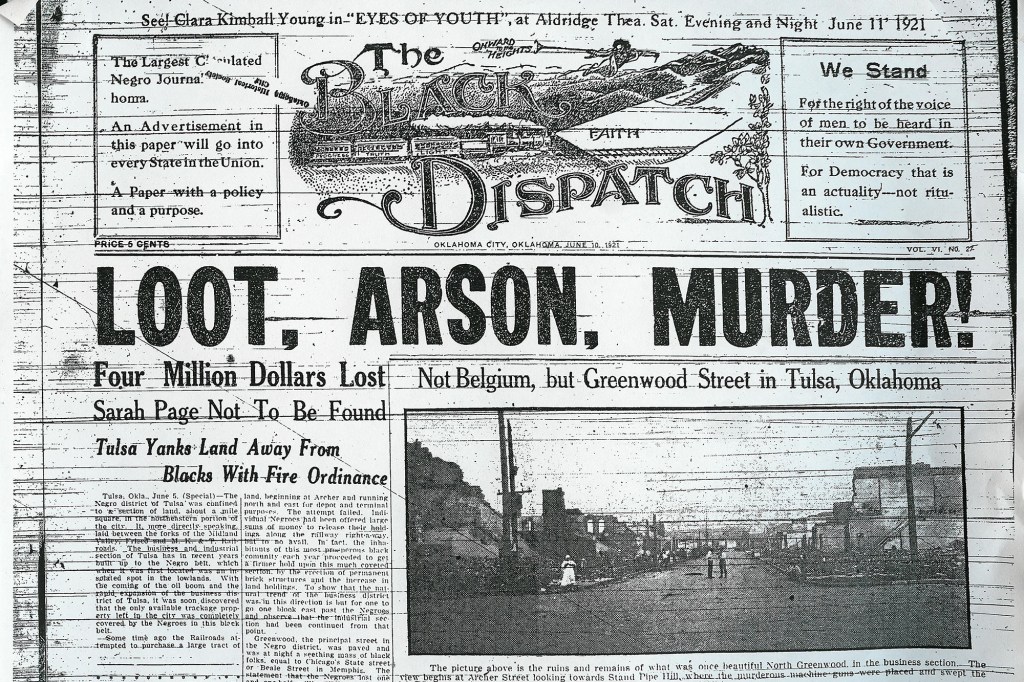 View of the front page of an edition of the Black Dispatch newspaper, detailing incidents of the Tulsa Race Massacre. 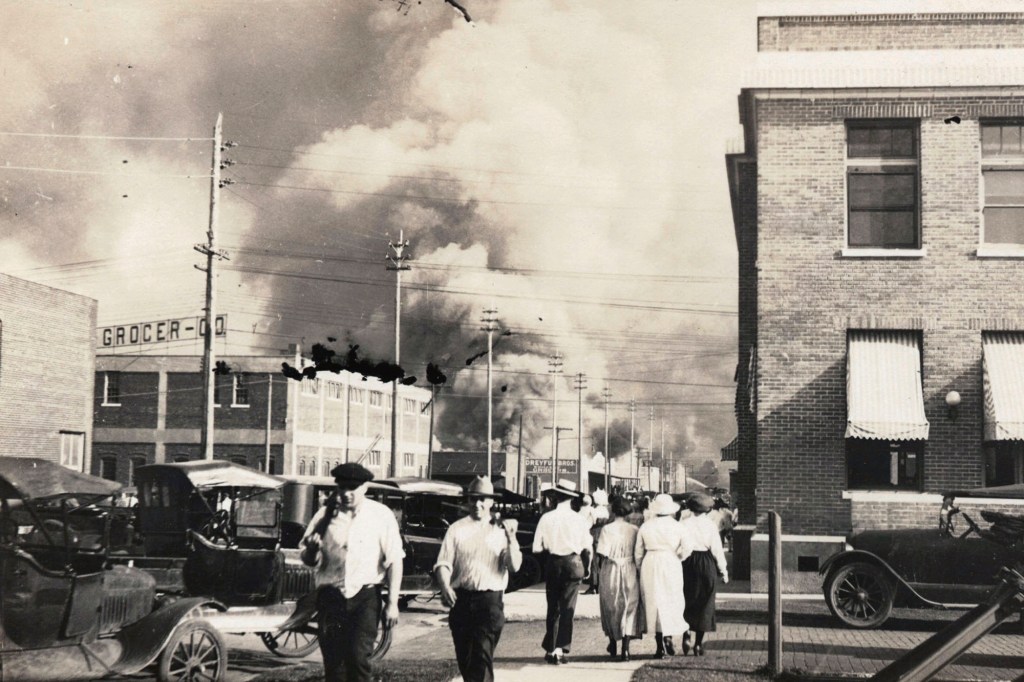 Two armed men walk away from burning buildings as others walk in the opposite direction during the June 1, 1921, Tulsa Race Massacre in Tulsa, Okla.

When the high-anticipated “Friends” reunion finally premiered Thursday, fans across…

“Our parents taught us: ‘Don’t waste your time hating,’” she says. “Try to think of something good to make it less likely that this could happen again.”

She says she’s not sure why she’s lived as long as she has, though she does credit not drinking or smoking for her good health.

Hooker is quick to smile as she looks across her living room wall, which serves as a museum of her photos of her with former Presidents Barack Obama and Bill Clinton, proclamations from cities and awards for volunteerism.

Should I call out my work colleague for being mean to me?

Steam rises from the cooling towers of the coal power plant of RWE, one of Europe’s biggest electricity and gas companies in Niederaussem, Germany, March 3, 2016.
Reuters

LONDON – Carbon prices in the European Union’s emissions trading system are expected to rise significantly in the next decade due to tougher climate goals, market participants said in an industry survey published on Monday.

The EU’s emissions trading system (ETS) is the largest carbon market in the world, covering around 45% of the bloc’s output of greenhouse gases and charging emitters for every tonne of carbon dioxide they emit.

Last year’s survey predicted an average price of 31.71 euros a tonne for the third phase of the ETS which runs from 2021 to 2030. Benchmark prices in the ETS currently trade around $64.24 a tonne.

Britain’s domestic emissions trading scheme started trading in May this year. The majority of survey respondents expect it will link with the EU scheme by 2023.

Participants anticipate that the average global carbon price needed by 2030 to put the world on track to meet goals to curb global temperature rise is $76.61 a tonne, up from last year’s expectation of $67.84 a tonne.

IETA’s members include banks, exchanges and energy and industrial firms. The association received responses from 158 member representatives for the survey.

CHICAGO — A Chicago bus driver looking for a way to relieve stress during the coronavirus pandemic jumped into Lake Michigan for a 365th straight day on Saturday.

Dan O’Conor said he started jumping into the lake at Montrose Harbor on the city’s North Side last year to relieve stress.

He continued jumping into the lake through the fall before the hard part: Hacking a hole in the ice on the frozen lake that was big enough for him to jump through during the winter. He said when he got home after one such jump, he found about 20 scrapes and cuts on his body.

He was encouraged by the response he got for his undertaking.

“People started asking me what this was benefiting and how they could support — and when I say people, I’m talking strangers online, you know. When I started posting the videos on Twitter and Instagram … I got more wind in my sails there because people started commenting like, ’This makes my day, it’s nice to see this,” he said.

Saturday was special because it was the culmination of doing it for a full year.

“I just wanted to celebrate just that drive to dive for 365,” O’Conor said.

Father of ‘world’s largest family’ dead at 76 in India

The purportedly most prolific father in the world has passed away.

Ziona Chana, 76, died on Sunday in the northeastern Indian state of Mizoram, the BBC reported. Chana, who was the head of a polygamist Christian sect, is survived by an estimated 38 wives, 89 children and 36 grandchildren — thus making him, by some reports, the head of the “world’s largest family” during his lifetime.

“With heavy heart, #Mizoram bid farewell to Mr. Zion…believed to head the world’s largest family, with 38 wives and 89 children,” Mizoram’s chief minister, Zoramthanga, tweeted in condolence on Sunday. “Mizoram and his village at Baktawng Tlangnuam has become a major tourist attraction in the state because of the family. Rest in Peace Sir!”

Chana was declared dead on arrival at a hospital Sunday after deteriorating at his home, doctors told the news agency PTI, according to the BBC. He allegedly suffered from both diabetes and hypertension.

During his extreme life, Chana made headlines across the globe, and he and his record-breakingly large family’s mansion in Baktawng Tlangnuam became a local attraction. The four-story, 100-room home features a dormitory shared by Chana’s wives, located close to his private bedroom, according to past media reports.

Reuters previously reported that Chana was born in 1945 and met his oldest wife, who’s three years his senior, at the age of 17. The sect he led, Chana Pawl, has approximately 2,000 followers and was founded by Chana’s grandfather in 1942.

While Chana and his family have been twice featured on the TV series “Ripley’s Believe It or Not!” others have challenged him to the title of most plentiful patriarch, and his alleged 181-person household’s exact number is difficult to confirm.

“Reports are different. Quoting the last known accepted record with locally accepted picture. Thanks and regards !” Zoramthanga noted in a reply to his initial tweet.

Family members of Chana pose for a group photograph outside their residence on Oct. 7, 2011.

Reality Winner, a former US Air Force veteran jailed for…

Redesigned convertible on the way

Using The Entrepreneurial Operating System To Navigate Through Uncertain Times