Tons of new images of the PS5’s controller have been recently shown off.

Through these same previews, we also learn interesting details about the DualSense controller. 4Gamer recently posted a bunch of images of the controller, and some of these indicate new details. It seems the DualSense will have lights below the touch pad to tell you which player number you are. Meanwhile, the light strips around the touch pad can have various colours, similar to the DualShock 4’s light bar- though it doesn’t seem to be as prominent here.

You can take a look at all the images in the gallery below.

Interestingly enough, another new detail that’s emerged from these menus and also been confirmed by Sony’s PR to Japanese media (via @Cheesemeister3k on Twitter) is that the DualSense will now accept the X button to confirm universally. That’s always been the case in western markets, but in Japan, X has been cancel while O has been confirm since the PS1 era. I’d imagine this change will not be received well by Japanese audiences, especially since right now Sony doesn’t even seem to be providing an option to remap that.

In related news, a recent leak allegedly show’s the console’s startup UI along with a black DualSense controller. It also seems like the PS5 will have 664 GB of usable internal storage. 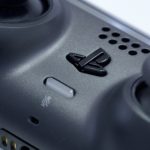 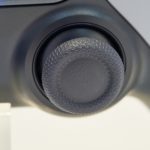 GoNNER 2 Out on October 22nd