A sprawling mansion in a quiet, high-end neighbourhood north of Toronto has been seized along with $1 million cash, $1.5 million in alcohol, 11 firearms and thousands of rounds of ammunition after police uncovered the luxury home was in fact allegedly operating as an illegal casino and spa. 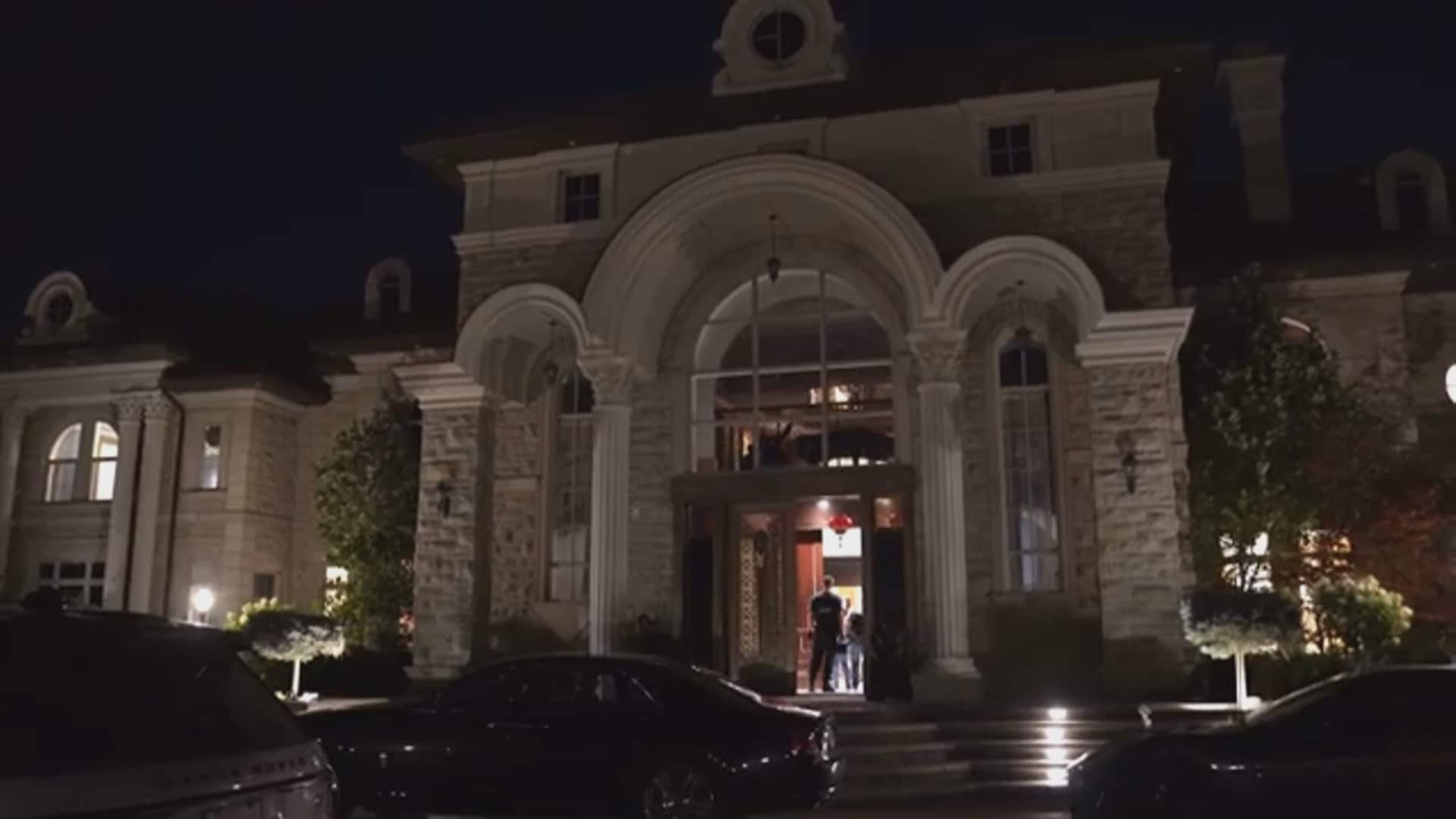 A sprawling mansion in a quiet, high-end neighbourhood north of Toronto has been seized by York Regional Police along with a million dollars in cash, $1.5 million in alcohol, 11 firearms and thousands of rounds of ammunition. 3:42

Police have seized a sprawling mansion in a quiet, high-end neighbourhood north of Toronto, along with a million dollars in cash, $1.5 million in alcohol, 11 firearms and thousands of rounds of ammunition after investigators uncovered the luxury home was allegedly operating as an illegal casino and spa.

York Regional Police unveiled the details of their investigation, dubbed “Project Endgame,” at a news conference in Markham, Ont., in front of the gates of the 20,000-sq.-ft. estate Wednesday.

Police say it was the site of a massive underground gambling operation, complete with slot machines, mahjong tables, a full cash bar with thousands of bottles of top-shelf alcohol and a banking area.

Upstairs was a series of bedrooms that appeared to operate as a bed and breakfast. The owner and operator also had a bedroom in the home, where investigators say they found a fully loaded AR-15 rifle with a 30-round magazine along with a 9-mm handgun.

“This is organized crime truly exploiting and demonstrating their money, their positions and opulence thinking somehow that they are above the law,” York police’s Deputy Chief Brian Bigras told reporters at Wednesday’s news conference.

Police began hearing about the operations around late 2019, but it was during the COVID-19 pandemic that operations seemed to ramp up significantly, said Supt. Mike Slack.

Investigators first executed a search warrant at a Toronto residence on Midland Avenue on July 3, where five people were arrested for gaming offences, and investigators seized gambling tables, video slot machines and $25,000 in cash.

The investigation indicated that illegal gambling was also going on at the Markham mansion, and on July 17, York police, together with the Durham Regional Police Service and Ontario Provincial Police staged a plan to enter the mansion with tactical teams.

But a helicopter flyover ahead of the operation found several children in the backyard being served by wait staff during what appeared to be a kind of special event. With armed guards stationed around the home, police decided to call off the operation, deciding the situation was too dangerous.

On July 23, a team of 32 investigators and 92 tactical officers descended on the home, where they uncovered what they say was a fully functioning casino operation and arrested dozens of people including the alleged owner and operator, a 32-year-old man.

But the investigation didn’t end there.

Following that raid, police also identified another location in Vaughan, which they identified as the personal residence of one of the gaming house keepers. That individual, a 52-year-old man, was arrested along with his wife and daughter. Police also seized $70,000 and another $10 million in assets.

Twenty-nine people now face some 74 charges in connection with the investigation.

Since then, police say, they’ve executed another five gaming warrants that have led to 47 others being arrested. Those arrests are not currently believed to be linked to the Project Endgame operation, but police say they illustrate that illegal gaming in the area is not limited only to high-end operations.

“Although this location is extravagant and is clearly where the privileged were invited to play … in the other locations organized crime is preying on the less fortunate, addicted gambler,” said Slack.

Some of those sites were in such poor condition, Slack said, they could be condemned.

“Instead of providing high-end scotch and wine, gamblers were given methamphetamine and other drugs to keep them awake and gambling,” he said.

Police say they suspect sex trafficking was also taking place at the mansion and that their investigation remains ongoing.

“The money moving through these underground casinos leads to huge profits for criminals that fund other ventures such as prostitution and drug trafficking. This illegal high-stakes gambling also leads to gun violence, armed robberies, kidnappings, extortion and other serious violent offences within our community,” said Chief Jim MacSween.

“We will continue to target organized crime in York Region and use every tool at our disposal, including forensic accounting, to ensure these criminals are held accountable.”