When you’re the middle sibling in a minority Parliament, getting what you want from the government doesn’t guarantee you’ll get what you need when an election rolls around.

The NDP did not do well in the last federal election — but it did get lucky.

The NDP lost 15 seats in last year’s vote and was knocked down to fourth-party status in the House of Commons. With just 24 MPs remaining, the party was reduced to its lowest share of the House since Jack Layton’s first election in 2004.

But although it stumbled into the race in a perilously weakened position, Jagmeet Singh’s NDP was not wiped out. Instead, the New Democrats fell backwards into a chance at relevance — because Justin Trudeau’s Liberals also lost seats. On any given day, those 24 NDP MPs could represent the difference between a Liberal minority government passing legislation or falling on a confidence vote.

As a result, the NDP can have a direct and meaningful impact on public policy. But there is no guarantee that the party will be any better off for that whenever the next election comes.

The NDP used the parliamentary math to its advantage this week when it persuaded the government to expand federal sick leave and implement a more generous income support program for unemployed workers. Those changes were demanded in exchange for the NDP’s support for the throne speech. 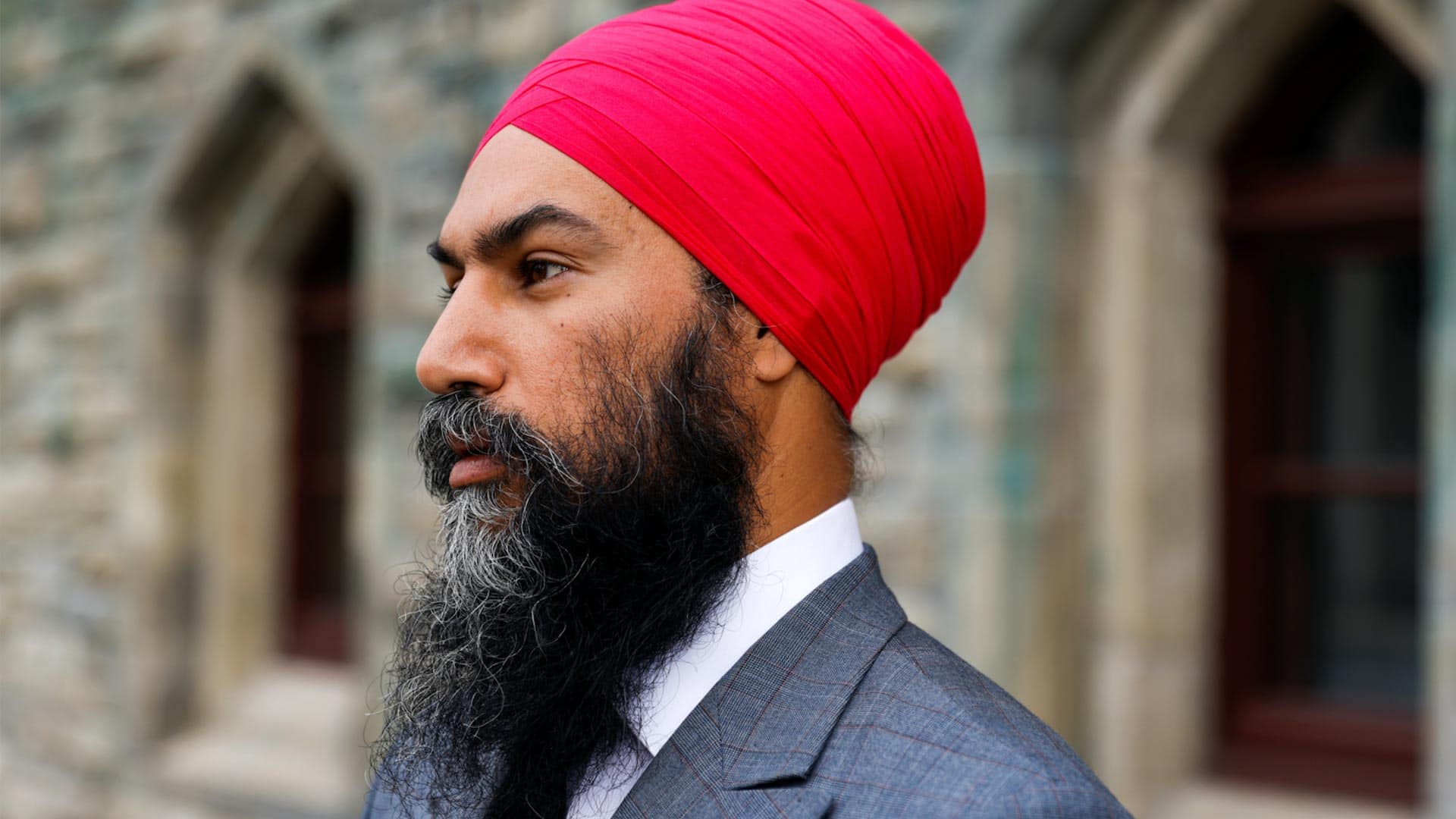 The Liberal government is asking Parliament to fast-track its latest COVID-19 economic recovery package. The new bill would set up three new benefits for Canadians who don’t qualify for EI but are still affected by the economic crisis generated by the pandemic. 12:30

“We were talking about the throne speech quite a bit and then … acknowledging that it didn’t really mean that much. At a certain point, we decided that we were going to operate that way,” says Anne McGrath, national director of the NDP and a former senior aide to Layton.

Parliament’s return was set to coincide with the expiry of the Canada Emergency Response Benefit (CERB), so the NDP chose to focus on that, and on an outstanding commitment by the government to implement a national sick leave plan.

Through the spring and summer, the NDP was nimble enough to get ahead of the policy debate with demands that the Liberals do more, either broadly or in specific areas. Maybe the Liberals would have gotten there anyway — but the New Democrats still found themselves in a position to claim credit for pushing the government to act.

In April, the Liberals agreed to increase direct aid for students to win NDP support for a relief package. In May, the prime minister made that commitment to paid sick leave after Singh made it a condition of NDP votes.

Such dealmaking can cut both ways — Conservatives criticized the NDP in May for working with the Liberals to set aside normal parliamentary business over the summer. Still, the NDP has not been irrelevant over the past six months.

New Democrats have been in this position before. From 1972 to 1974, the NDP was the primary partner for Pierre Trudeau’s minority government. In 2005, Jack Layton’s NDP negotiated new spending with Paul Martin’s Liberal government in exchange for passing the budget. In 2009, Layton agreed to support changes to Employment Insurance proposed by Stephen Harper’s minority Conservative government.

But such practical and parliamentary relevance does not necessarily translate into political rewards.

There was, for instance, no electoral dividend from cooperation with the Liberals in 1974 — in fact, the NDP lost half of its seats when Trudeau’s Liberals regained a majority. Layton’s NDP gained seats in each election after 2004, but its breakthrough in 2011 — when the NDP won 103 seats — might have had as much to do with a succession of weak Liberal leaders and Layton’s own profile as it did with any manoeuvres in the House of Commons.

Though they’re not perfectly analogous, the experiences of smaller parties in Europe are also worth considering. A 2019 study of 45 years of elections in 28 European countries found that “junior partners” in coalition governments tended to do poorly when they next faced voters — in part because the smaller party’s identity ended up subsumed by that of the larger partner.

“Voters see little difference between junior and senior partners — and thus see no reason to vote for the junior, less powerful party in the next election,” the study’s authors wrote in an op-ed for the Washington Post last year.

But as McGrath notes, a coalition arrangement usually involves the partners agreeing to not criticize each other in public. That could be the crucial difference here: Singh’s New Democrats remain in opposition and they have not stopped castigating the Liberal government.

“Every step of the way, with any victory that we won for people, we had to fight tooth and nail,” Singh told the House on Tuesday.

In working with this (apparently cold and heartless but not inflexible) Liberal government, the NDP can hope to build up a body of evidence that it can take to voters whenever the next election comes.

“What we want to say is we have been able to extract a variety of things during this period of time. Think how much better would be if we were the ones actually doing it,” McGrath said.

“If we were the ones in government, then there wouldn’t be a need for all this kind of brinksmanship and deadlines and tension and worry because we would know what has to be done and we would do it.”

Still, there’s a chance the Liberals will get the vast majority of the credit if voters decide they like what the federal government does over the coming weeks or months (or even years).

In 2013, two researchers surveyed international examples and summarized a few lessons for the Liberal Democrats in the United Kingdom, who were then the junior partners in a coalition with the British Conservatives. Despite the differences between coalition and opposition, at least two of those lessons are likely worth noting for New Democrats.

First, “smaller parties … need to be able to demonstrate their distinct contribution to government.” Second, “successful junior coalition partners have leaders with a strong public profile and a clear personal record of achievement in government.”

For as long as the NDP is able or willing to find reasons to support Liberal legislation, New Democrats have a chance to show those distinct contributions. And as long as the NDP is doing that, Singh — perhaps like Layton before him — has a chance to build up the sort of profile that might make him a more formidable candidate in the next election.

Cyberpunk 2077 Lore – What is the Arasaka Corporation?