If you were looking forward to Google’s April Fool’s Day landing page, the joke’s on you.

The search engine has confirmed that they are definitely not participating in an April Fools Day prank — for the second year in a row.

In a leaked internal memo, Google’s Marvin Chow, vice president of global marketing, told employees in March that they would “pause the jokes” out of respect for those who have suffered through the COVID-19 pandemic during this past year.

Google also passed-up the tradition in 2020, as the coronavirus outbreak took hold globally.

“Throughout the past year, I have been so inspired by how helpful our products, programs and people have been during humanity’s toughest times,” said Chow in an email obtained by Insider. “We’ve done it with sensitivity and empathy, reflecting the range of challenging experiences so many are experiencing globally.”

“As you will remember, last year we made the decision to pause our longstanding Google tradition of celebrating April Fools’ Day, out of respect for all those fighting COVID-19,” the message continued.

“With much of the world still grappling with serious challenges, we feel we should again pause the jokes for April Fools’ Day this year. Like we did last year, we should continue to find appropriate ways to bring moments of joy to our users throughout the year (e.g. Doodles, easter eggs, etc.), Chow concluded.

Google confirmed the email’s content’s to Insider and The Verge on Tuesday.

‘The Voice’s best singers ever: 5 top contestants from 20 seasons

Mads Mikkelsen is getting his next big paycheck finding artifacts with Indiana Jones.

The Danish-born actor has been cast alongside megastars Harrison Ford and “Fleabag” actress Phoebe Waller-Bridge in the fifth installment of the “Indiana Jones” franchise, according to Deadline.

While the 55-year-old’s role in “Indiana Jones 5” has yet to be disclosed, fans will get to see him shine on the big screen once again when the film hits theaters July 29, 2022. The project was first announced in 2016 but has since been in development hell. There was even word of Marvel actor Chris Pratt starring in the lead role at the time.

The last “Indy” flick to hit screens was 2008’s “Indiana Jones and the Kingdom of the Crystal Skull.” The movie starred Ford, Cate Blanchett, Karen Allen, Jim Broadbent and Shia LaBeouf. No new projects in the franchise have been released since Lucasfilm was acquired by Disney in 2012.

Steven Spielberg will not be returning as director after having directed the last four movies. However, he will return as a producer alongside Kathleen Kennedy, Frank Marshall and Simon Emanuel.

“Logan” and “Ford v Ferrari” director James Mangold will call the shots on set this time around. Famed “Indiana Jones” composer John Williams — who scored the iconic theme — will also return. Plot details for the new action-adventure film are still under wraps. “We are working on the script,” Marshall said in December.

Mikkelsen is coming in hot with this casting news, as it was announced last year that he would be replacing Johnny Depp as Grindelwald in “Fantastic Beasts 3.” Depp exited the Harry Potter prequel franchise amid his legal battle with his estranged ex-wife, Amber Heard.

“Clash of the Titans” actor Mikkelsen starred in the Danish film “Another Round,” which scored Oscar nominations for Best Director and Best International Feature.

“Saturday Night Live” comedian Pete Davidson, 27, has been cast as Ramones singer Joey Ramone in the upcoming biopic based on the punk icon’s life.

The film, which is being developed by Netflix in collaboration with STXfilms, will be based on and have the same title as Ramone’s brother Mickey Leigh’s 2009 book, “I Slept With Joey Ramone: A Family Memoir.”

“When you share a bed with someone — and not just a bed, but a childhood, a family and a lifetime — you know that person better than anybody else,” said STXfilms chairman Adam Fogelson in a statement, IndieWire reported. “Mickey Leigh not only collaborated with his big brother’s band — he has irreplaceable memories of and insights into Joey Ramone, having supported him when no one else would and witnessed him overcome adversity in the most dramatic way.”

The book, Fogelson continues, is an epic tale of music and family which Davidson and director Jason Orley are an ideal team for.

“ ‘I Slept With Joey Ramone’ is a great rock anthem that will make an equally great rock biopic, set apart by a universal story of family. Pete is perfect for this role, and we’re excited he and Jason will be bringing this icon of rock to life and thrilled to be collaborating once again with our friends at Netflix,” he said.

Ramone, who passed away in 2001 at age 49 following a battle with lymphoma, originally hailed from Queens, while Davidson is a proud Staten Island native.

The iconic punk rocker lives on in his music, his legacy and an annual birthday celebration thrown for him by Leigh, 66, who also maintains an archive of his possessions in his former East Village apartment.

The estate of Joey Ramone will be supporting and cooperating with the film’s production.

‘Game of Thrones’ sparks rumors with ‘Winter is coming’ tweet

“Game of Thrones” fans have new hope that the beloved series is remaking its much-maligned ending, thanks to a cryptic tweet by the HBO show’s official Twitter account on Wednesday.

“Winter is coming,” the show announced to its 8 million followers Wednesday afternoon, borrowing an oft-memed phrase from the drama. By Thursday morning, the post had racked up nearly 170,000 likes and plenty of excited interpretations of the message.

Many are hopeful the brief tweet is teasing an alternative finale, as the existing one famously didn’t live up to many viewers’ expectations.

“Fix season 8. You could probably do it in three episodes,” tweeted author John Hornor Jacobs.

But first, some are demanding a formal apology.

“if HBO wants me to watch a Game Of Thrones spin off I want a personal apology for season 8. 12 pt font, double spaced, no funny business on the margins,” wrote New York Times national politics reporter Astead W. Herndon.

Others believe the show is beyond redemption.

“Winter has GONE. YOU BLEW IT,” wrote one fan unable to give the show’s writers a second chance.

Some are hopeful the tweet can, somehow, turn back time.

“Between us I’m ALL IN on us pretending it’s early 2019, season 8 hasn’t happened yet, and doing the damn thing fresh. Our secret!” tweeted Sam Riggs Bozoian of Barstool Sports.

In other recent “Game of Thrones” news, the TV series is also reportedly getting — in addition to several spinoff shows in the works at HBO — the Broadway treatment. The play will be a prequel story set 16 years before of the events in the series.

Meanwhile, in the retail world, Fabergé has announced that it will be selling a “Game of Thrones” dragon egg worth $2.2 million. The pricey “one-of-a-kind bespoke creation” will be replete with diamonds, rubies, 18-karat white gold and fine enameling that marries Fabergé’s “superior craftsmanship and artistic ingenuity with one of the 21 century’s most iconic TV series,” according to the website.

Kit Harington as Jon Snow in HBO’s “Game of Thrones.” 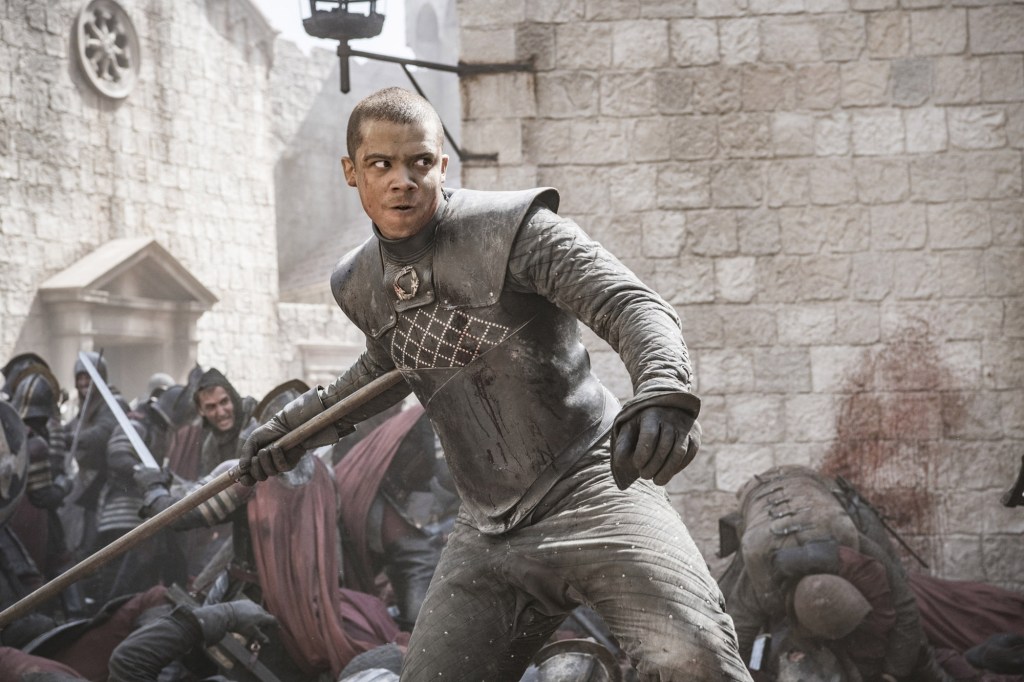 A thief armed with a boxcutter robbed three Queens grocery…