California electric-vehicle startup Karma Automotive is in the process of expanding its lineup beyond a single sedan.

This is the company born out of the remains of the original Fisker Automotive, and whose first model, the 2017 Revero, was an extended-range electric sedan whose stunning design was borrowed from the original Fisker Karma. The company has since launched updated versions of the Revero, the latest of which is a much more affordable version dubbed the “GS-6” that arrives for 2021.

The GS-6 is an extended-range electric sedan just like the previous Revero but is priced from $83,900, versus the Revero which started above $130,000. Karma said the Revero nameplate will stick around but will be reserved for more high-end models in the future.

The powertrain in the GS-6 features two electric motors at the rear axle for a combined 536 hp and 550 lb-ft of torque. There’s a 28-kilowatt-hour battery that can deliver about 60 miles on a charge, and to add charge on the go the vehicle also packs a 1.5-liter turbocharged inline-3 that serves purely as a generator. It’s the same engine found in the BMW i8. 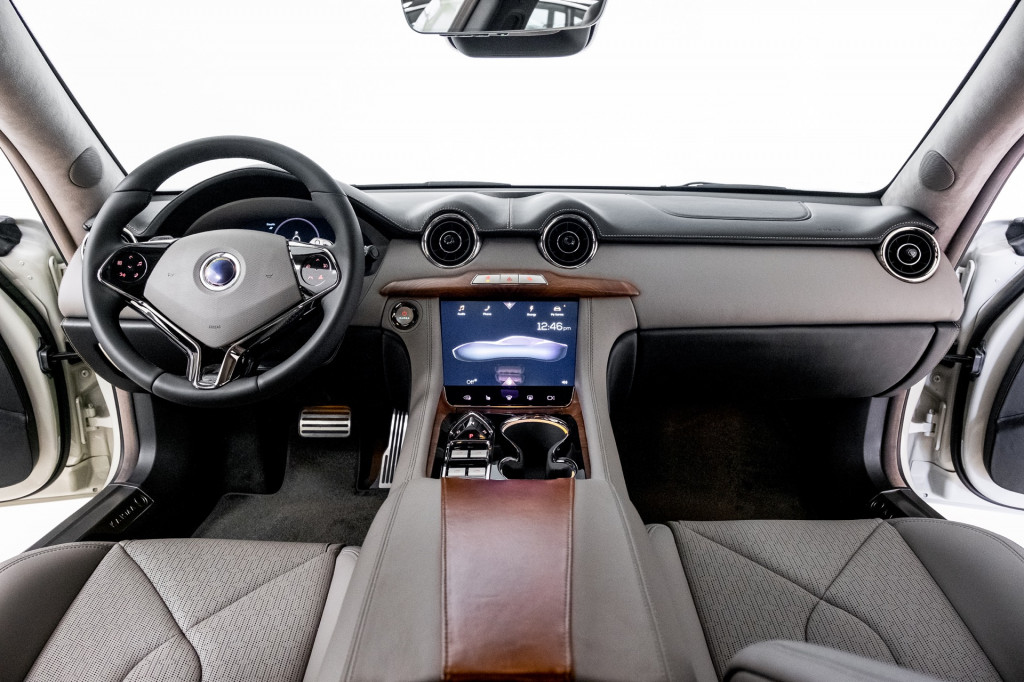 Three grades will be available for the GS-6: Standard, Luxury and Sport. The Sport is expected to have a 0-60 mph time of 3.9 seconds versus about 4.5 seconds for the Standard and Luxury grades. The Sport will also come with 22-inch wheels as standard, instead of 21 inchers on the other grades, along with torque vectoring and vented brake rotors.

Later this year, Karma will add a battery-electric version dubbed the “GS-e6.” It will be priced from $79,900 and have a range approaching 300 miles on a charge, according to Karma. 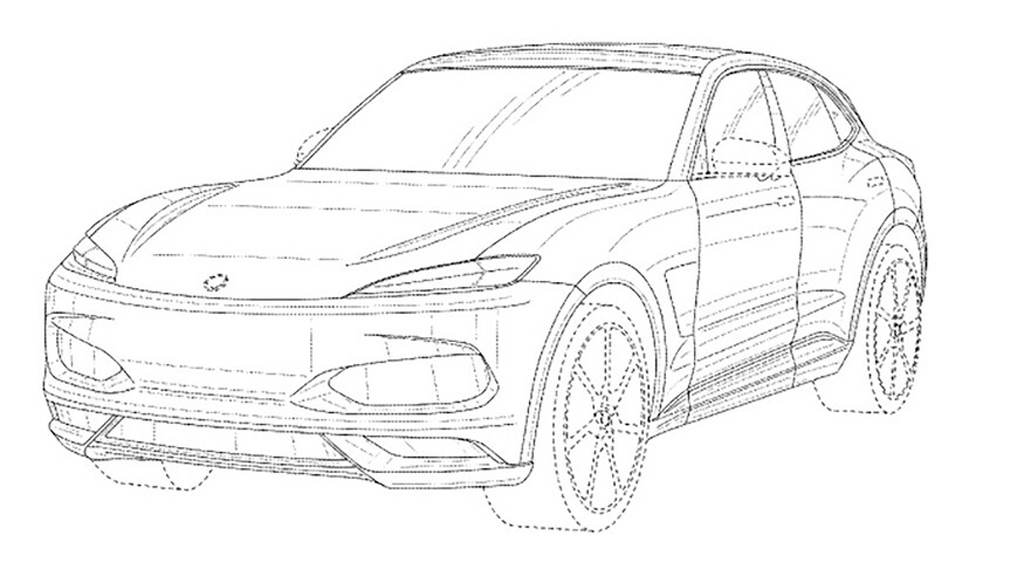 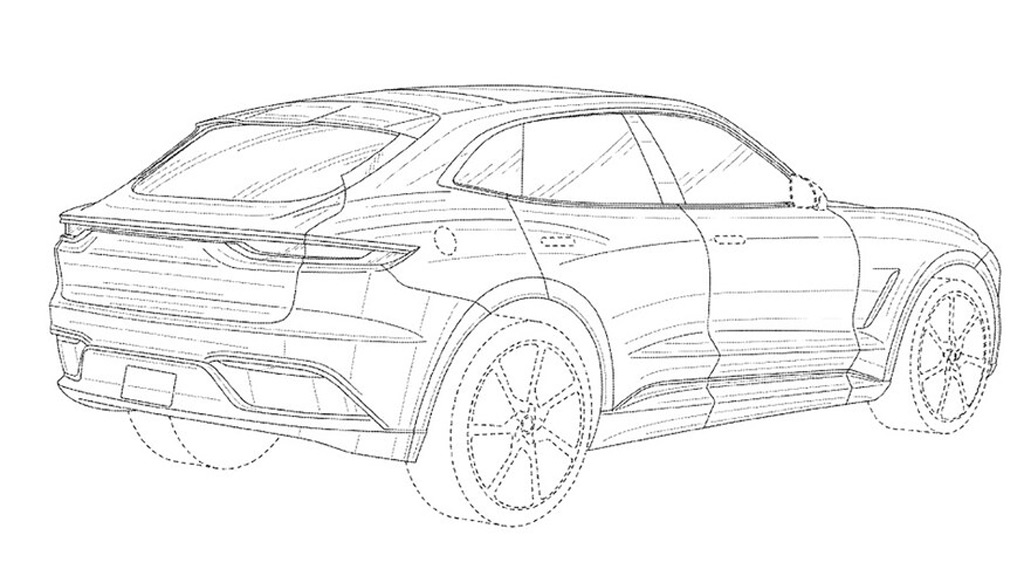 And in 2022 Karma is expected to launch an SUV dubbed the “GX-1.” Like the GS-6, the GX-1 will offer buyers the choice of extended-range or battery-electric powertrains. Official patent drawings alleged to be for the GX-1 that were dug up by Motor Trend hint at a design blending elements from the Aston Martin DBX, Maserati Levante and Porsche Cayenne.

Karma currently handles all production at a plant in Moreno Valley. The plant has a capacity of about 15,000 vehicles per year. As volumes grow, Karma will look to build a second plant. The company is currently investigating locations in China, Europe and Vietnam but is yet to make a decision.

Electric coupe-like crossover confirmed for second half of 2021

After launching a retro design package for the Ford F-150 about two years ago, Ohio dealership Beechmont Ford is back with another version for the redesigned 2021 F-150.

While the previous retro F-150 was based on the XLT trim level, the 2021 model shown here is based on the higher-level Lariat model. You can still get the retro package on an XLT, or a different 2021 F-150 trim level should you desire. Beechmont Ford does recommend the factory Chrome Package, which matches the bed rack and polished wheels.

Beechmont is asking for a $500 deposit on the package. Customers must order their trucks directly from Ford and specify delivery to Beechmont, which will then add the retro extras.

The dealership noted that wait times are longer than usual due to the global microchip shortage, which has heavily impacted truck production. It’s currently estimating a six-month wait time for delivery.

Beechmont doesn’t just do retro trucks. This is also the dealership that began offering a 750-hp supercharged Ford Mustang for $44,994 last year. Beechmont takes a stock 5.0-liter V-8 Mustang GT and adds a Roush Phase 2 supercharger, which is normally a $7,999 item on its own. You even get a 3-year/36,000-mile warranty.

Should you use racing oil in your road car?

Every part of a modern race car is optimized to extract maximum performance—including the fluids that go into it. Specialized racing oil is a must in the paddock, but is it a good idea to use that in your road car?

First off, Fenske emphasizes that racing engines don’t have much in common with road-car engines. Pushrod V-8s like the ones used in NASCAR disappeared from the average American car decades ago, and racing engines in general have a very different duty cycle. They’re flogged (a NASCAR V-8 can rev to 10,000 rpm and spend 90% to 95% of a race at full throttle), but also have fairly short maintenance intervals. NASCAR engines have their oil changed about every 500 miles and are only expected to last about 1,500 miles, Fenske noted.

NASCAR oil is also fairly unrestricted (rules can vary by race series), giving teams more leeway to look for competitive advantages, Fenske said. Teams tend to use thinner-weight oils to reduce frictional losses and maximize power. That’s not great for longevity but, remember, the engine only needs to last 1,500 miles. Road-car engines, on the other hand, are expected to last hundreds of thousands of miles, so that kind of tradeoff isn’t possible.

Racing oils and road-car oils do have some commonalities, though. They use a lot of the same additives, such as detergents, dispersants, anti-foaming agents, antioxidants, and rust inhibitors, Fenske noted.

However, the difference is in the details. Oils used for road cars are designed to meet a long list of regulations and requirements set down by individual automakers. In NASCAR where, again, rules governing oil are fairly loose, teams can optimize an oil for one specific engine design. It’s really that process that makes racing oil work, and it’s just not practical for individual road cars. Unless you have your own laboratory and a lot of patience, at least.

Bugatti this week launched a new variant of the Chiron packing 1,578 hp. It’s related to the recent Chiron Super Sport 300+ but features a lower top speed and tuning that prioritizes comfort.

If you’re looking for a car that accelerates quicker to 60 mph than the Bugatti above, look no further than the 2021 Tesla Model S Plaid. The electric super hatch started deliveries this week, and owners can look forward to 0-60 times in less than two seconds and a quarter-mile ET of a bit over nine.

A new Toyota Land Cruiser was revealed this week, the iconic off-roader’s first redesign in more than a decade. It features a new platform as well as twin-turbo V-6 power, and while it won’t be sold in the United States its hardware should end up in a redesigned Lexus LX. 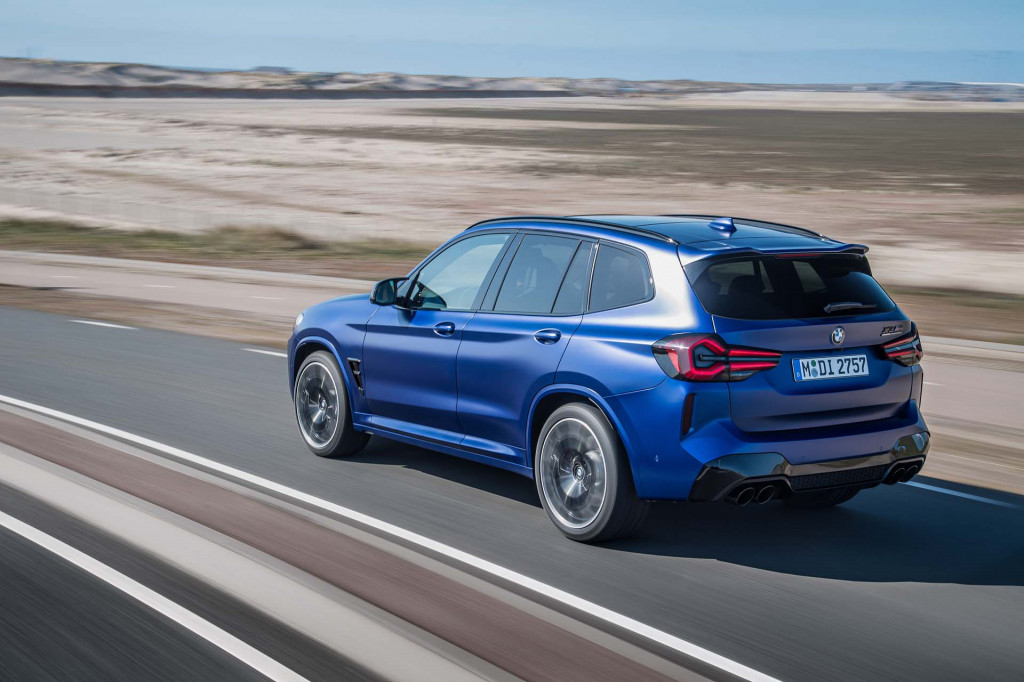 BMW unveiled updated versions of its X3 and X4 small crossovers. The updates extend to the high-performance M versions which also benefit from a boost in torque figures for the Competition models. A redesigned BMW 4-Series Gran Coupe also made headlines.

Ford unveiled a compact pickup truck that goes by the name Maverick. It’s essentially a twin under the skin with the Bronco Sport, and it’s headed to showrooms shortly with standard hybrid power and a base price of about $20,000. 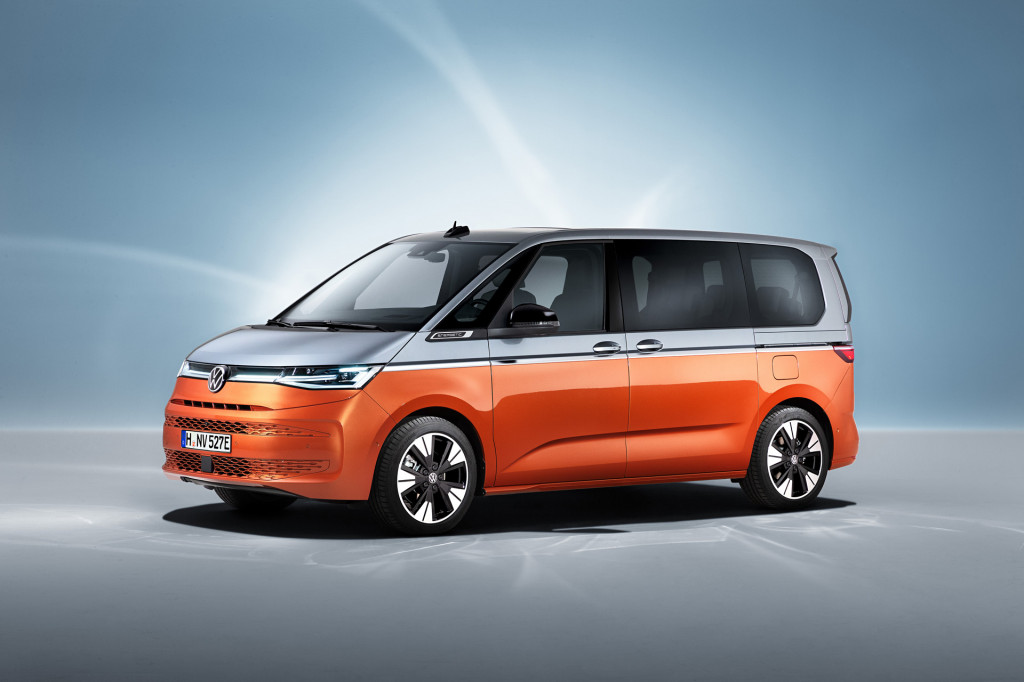 Another new vehicle in the headlines this week was Volkswagen’s T7-generation van, which debuted in passenger-oriented Multivan guise. Unlike the T6 generation, which uses a dedicated van platform, the T7 has moved to the more car-like MQB platform shared with multiple models sold by Volkswagen Group brands. 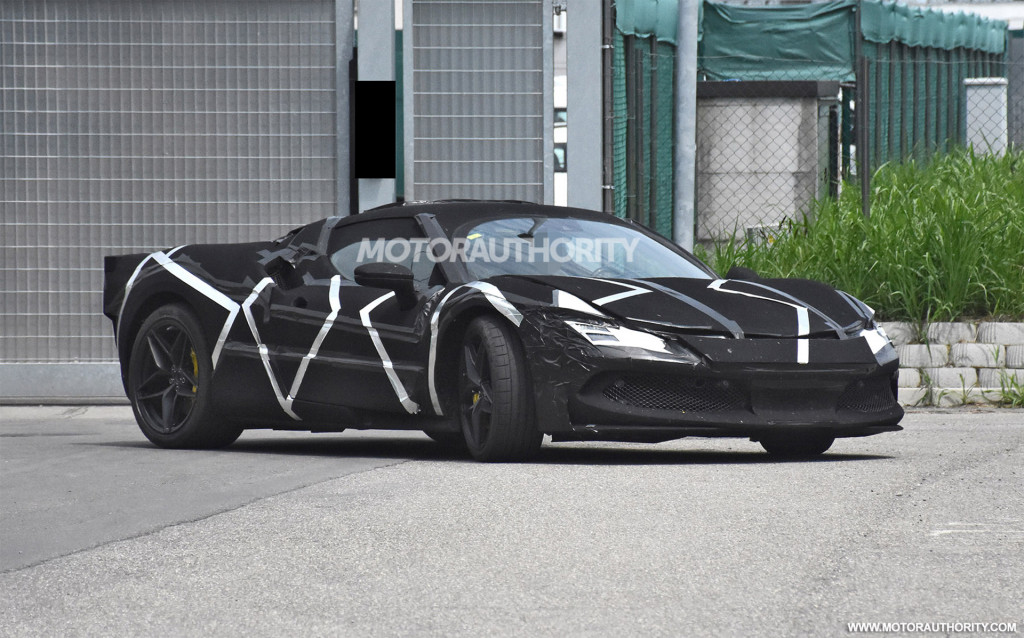 And finally, Ferrari was spotted testing its upcoming V-6-powered supercar. The new model will feature a mid-engine layout and hybrid technology, making it a rival to the recently revealed McLaren Artura.