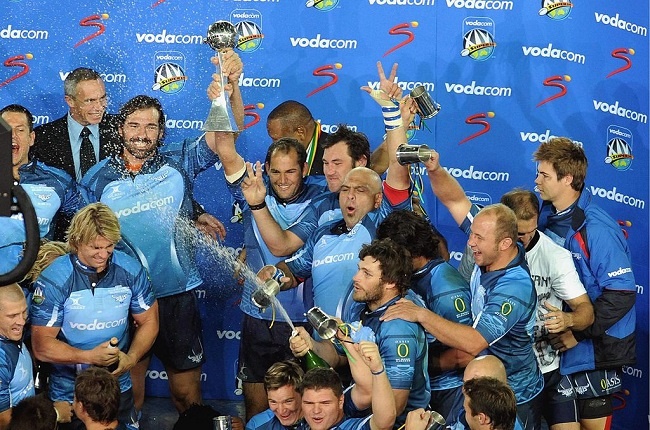 The Bulls celebrate their third Super Rugby title in 2010

Much water still needs to flow under the bridge but Willem Strauss, Blue Bulls president and franchise board member, is cautiously optimistic over the South African rugby’s move to Europe.

The Bulls, along with the Lions, Sharks and Stormers, were on Tuesday voted in as the four franchises that will represent the country should SA Rugby be able to negotiate an expanded PRO16 tournament.

The confirmation of that mandate means that Super Rugby – at least in its current from – is dead in the water.

“We’ve reached a juncture in local rugby where we’ve had to adapt to the environment brought upon us by the Covid-19 pandemic. It is what it is and everyone has to work with what’s in front of us.”

Closing the chapter on South Africa’s broader participation in Super Rugby – a “modified Super Series” featuring the Cheetahs is in the works according to the federation – is a bittersweet moment for the Bulls in particular as they remain the most successful local side in the history of the competition. “Super Rugby was a great tournament. We obviously will always have fond memories of it because we won the title three times,” said Strauss.

“Overall, it was a good product as well. The standard of play made it highly competitive and our teams could regularly test their mettle against the Australasian teams. Even though attendance at stadiums dropped, I still believe the supporters enjoyed watching Super Rugby on other mediums.

Now, however, it’s time to move on.

“We’re looking to forward to the new challenge. It’s an opportunity to expand horizons. The players and coaches will be exposed to different conditions and different methods of thinking about the game. These are interesting times,” said Strauss.

Importantly from a commercial perspective, the Bulls can also realistically aim to strengthen the footprint of its brand.

“We’re actually quite well-known in the UK, predominantly because of the large number of expats living there,” said Strauss.

“I hope they’ll enjoy seeing us play there and, from a broader perspective, PRO Rugby is an opportunity to tap into new supporters’ markets. That’s the lifeblood of any commercially sustainable franchise.”

Notion – The all-in-one workspace for your notes, tasks, wikis, and databases.

Los Angeles Lakers vs. Miami Heat: What to watch for in Game 1 of the NBA Finals

The Outer Worlds is Now Available on Steam and GOG

Miles Morales Outlines How Game Is Optimized For The PS5